Small bug in the gui tracer

There is an issue with the gui tracer, i.e. the debugger.
I am using the DCG feature.

I noticed that the clauses that it can’t display properly all contain “{once( … )}”.
When I delete the “once”, that clause can be displayed correctly by the tracer.

My setup is using Windows 10 with Visual Studio Code and using swipl.exe as the top level.

When the problem occurs I first save the source code again and then using swipl menu File → Reload modified files, and start a trace run again from the start. If that doesn’t work I restart swipl and that usually works. Can’t recall a situation where it just would not get resync with the code after trying a few things.

Thank you for your reply Eric.

If I see the tracer is not displaying the source code of one clause, then I save all my source files in my editor, and restart SWI prolog, then start the tracer. This normally fixes it.
But the problem with “{once(…)}” was not fixed by restarting prolog. This seems to be a seperate problem from the problem of the source code being edited after starting SWI Prolog.

Has anyone else noticed a similar problem?

The first I believe is what you have but it seems to have more parentheses than I would use, and the second one has the extra parentheses removed.

I can repeatedly reproduce the problem as you noted with the first one, but it works as I would expect with the second one. I must note that I don’t use once/1 with my DCG or even regular Prolog which is probably why I haven’t seen the problem before.

After adding two more examples and trying them all again, now all four are working as expected. 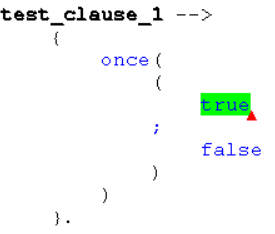 After shutting down swipl.exe and reloading and retrying it is back.

I agree that there is a problem and it consistently happens more with the pattern you gave, but I can’t get it to fail consistently. Hopefully someone can shed some light on this. I will work on it some more but don’t expect to find more than I have already noted.

Thank you Eric.
We seem to be managing to pin it down.

As suggested by Jan to use retry, here is some captures of it fixing the problem.

Code and debugger out of sync. 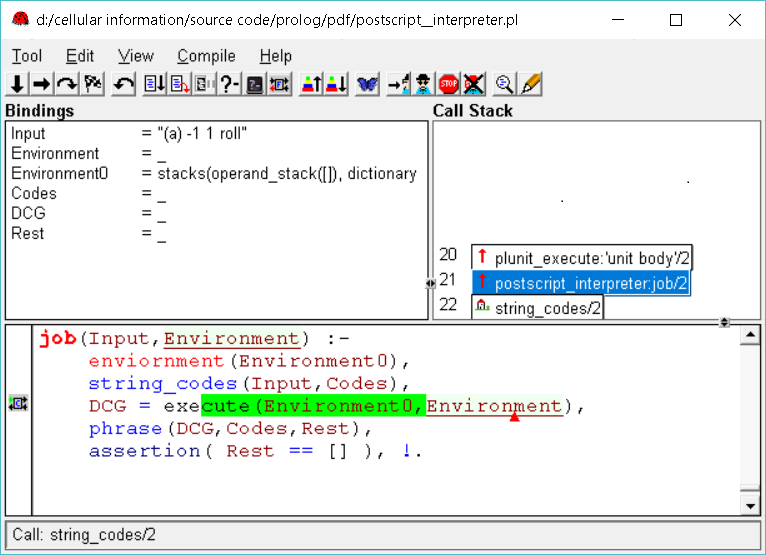 Location of the retry button. 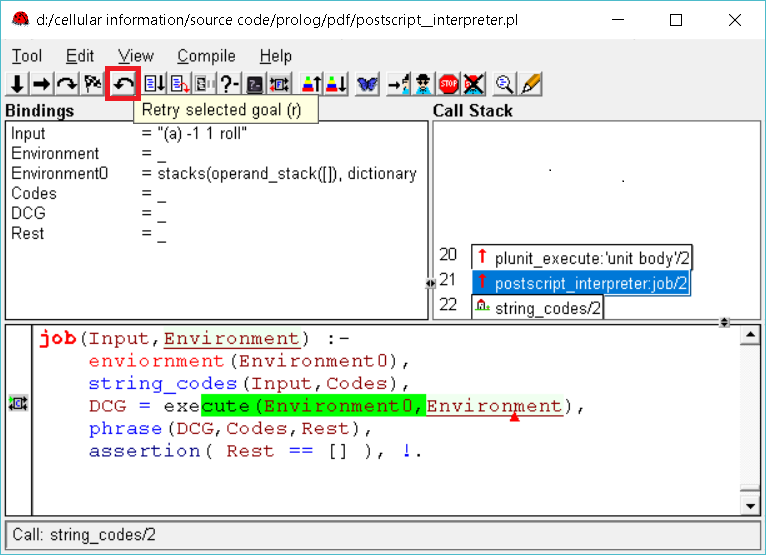 Code and debugger in sync, but clause restarted. 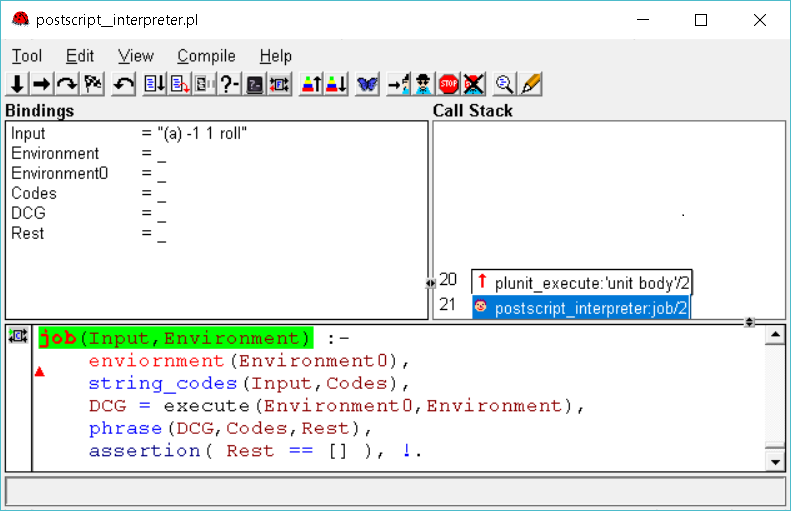 Thank you for that suggestion Eric.

I will try it next time I see this situation.