Windows installer seems to be displaying wrong version to be uninstalled

I’m not trying to find these.

I wonder which files we are talking about. 8.5.0-49-g2f46def0c suggests a nightly build? I tried both downloading and installing 8.5.0 release and the nightly. Both looked fine. Where did you download from? What is the file size (exact) or better, checksum? Anyone else?

This is where I downloaded the stable version 8.0

I will try to recreate again with more detailed steps, give me a few minutes.

These steps were taken to uninstall the current version and use a somewhat older stable version, i.e. 8.0.0, to check leash(-all).

after the install instructions.

Then searched for 8.0 as a 64-bit executable and found 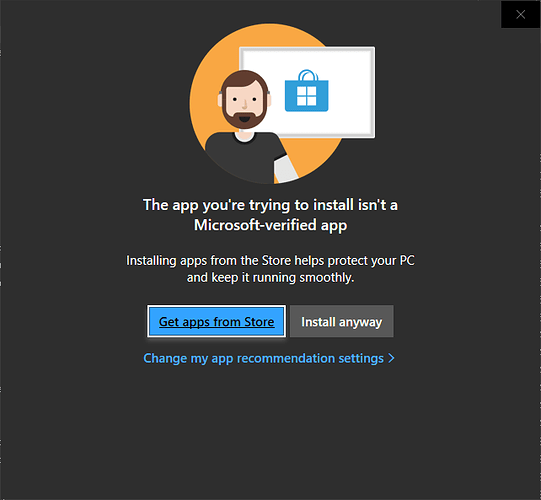 Then the dialog with the wrong version appeared.

Note. There are two versions noted in the dialog

I don’t expect this to be fixed, was just noting in case others see it.

Ok. So the bug is that the installer claims the currently installed version is the version the installer installs rather than the actual version that is installed. If there is no easy fix we probably simply rephrase that as “SWI-Prolog is already installed”

For those wanting to see the patch.

The price is that the installer no longer tells which version it will install. You can now only tell that from the installer’s file name (and of course by running swipl after the installation).

That could be changed, but doing so requires copying and editing the NSIS installer build template from the CMake distribution to Prolog and editing it. That seems asking for trouble when CMake makes changes to the packaging code.

The change you made was what I expected.

The reason I added the reply with links into the code was that yesterday I tried to locate that code and could not. Searching for is already installed. did not locate it.

A while ago I hunted down that the installer for Windows was NSIS but forgot the name and could not find the topic/reply with that information either. Some of the information used with SWI-Prolog is well hidden in the code, thus this is like a bread crumb to help me and others locate it.