I already program for more than 20 years in solitude, and I program in prolog for the same period, and i know that even in prolog there is a lot for me to learn about things which i have never used before.

Does the Arrow operator in Prolog, Typescript an PHP have any similarities? in PHP it is an object notation, in Typescript it stands for about anything.

i would like to gather for example for 1 time every 6 months ( 2 times a year ) somewhere in amsterdam, ( with mouth -protection ( in dutch: mondkapje ) ) .

in my life until now i have never been in the situation where i could cooperate with other Technical people.

I have been in the proximity of other programmers, but this was allways in Competitive ( commercial ) context, where programmers work Against eachother, instead of cooperate with eachother.

Can you give a short code snippet.

I can think of two off the top of my head.

For the conditional ->/2 I posted a related answer on StackOverflow a while back. 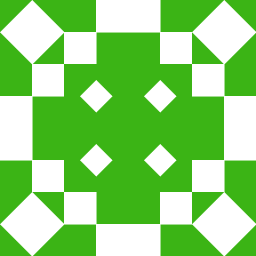 IF Statement in Prolog - Conditional

in an imperative programming language it would be equivalent to

The problem I see with the code is that after the conditional the code could continue. I would have expected something like

Also instead of an existence_error/2 would have expected something using messages.

There are many examples in the code SWI-Prolog GitHub repositories if one searches for them.

A much more detailed example:

the bagof operator i still dont understand at all

I think of bagof/3 and member/2 as inverses:

in this Bagof - example it is exact the same as Findall ?

another question i have:

two very important tools which still have to be created are:

Example of bagof vs findall:

the bagof operator i still dont understand at all

For the basic predicates listed on Finding all Solutions to a Goal, i.e. findall/3,bagof/3 and setof/3 which follow the form of

here is what I consider and think of when using them.

If one has the need to convert facts or results from predicates into a list for further processing then these are most likely the predicates that will be used. More advanced predicates fulfilling the same need are in

but it is easier to start with the first three before learning the aggregate predicates.

is probably what you need.

That is a bit to take in at first so will explain it more for the three predicates as each is covered.

Normally arguments follow the pattern of input, then output so that when using the arguments one would think about them simply from left to right.

Here that is not the case as the argument that I consider the input argument to be the second argument, Goal which is a predication. Think of this as the name of the fact, predicate or Goal you would query from the top level to repetitively show the values or results of the Goal. The pattern : just informs me that the argument may/can include the module name, e.g. <module>:<predication>.

The next argument I consider is the first one, Template, and think of it as what the result should look like. For example if the Goal is person(Name,Address,Phone) and only the Name values are needed then the template would be Name. If more then on one value is needed to be collected then I usually put them in a compound term with a functor, e.g. item(Name,Address).

findall/3 is equivalent to bagof/3 with all free variables appearing in Goal scoped to the Goal with an existential (caret) operator (^ ), except that bagof/3 fails when Goal has no solutions.

I have even asked questions about the existential operator over the years in trying to understand it. 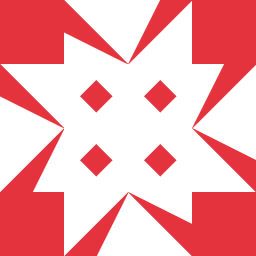 For a goal like my_goal(A,B,C) in module my_module but with my_goal/3 not exported and wanting to collect just C into a set. setof(C,[A,B]^(my_module:my_goal(A,B,C)),Set).

Basically this is how I think about it while I type in code.

Note: If you need sorted with duplicates then setof/3 can not be used as it will remove duplicates when sorting.

So as I code the Goal argument as needed if the existential operator is needed I do this.

Note: I tend to change the names of the variables used with the existential operator from the user friendly names to an alphabetical list, e.g. [A,B,C,D] as it makes it easier to identify the arguments to be collected and the arguments to be discarded but also easier to ensure all of the variables are accounted, e.g. bagof(item(Name,Location),[A,B]^person(Name,A,Location,B),Items)

The last argument is List which is just a name for the list. If template is just a single variable then I just use the plural of the name, e.g. for a Template of Name the List would be Names. If Template is a compound, then I often use a functor of item and for Name use Items.

I know that is a lot of details and seems like a lot to take in when typing code but once you learn these three you find that you are using them so often you don’t know why you didn’t learn to use them sooner.

this basic step-plan for the use of findall , bagof and setof is perfect, gives me a lot more understanding also. up until now i have allways chosen to use findall because the other 2 were completely unclear to me. When i use findall, then after the findall i would adjust a list processing or/and any sorting for the specific task.

can i ask this question: can it be said that in the case of the name : Bagof / bagof the name of the predicate could have also or would have instead better have been : findall_pairs ? because the meaning of Bag in Bagof is zero?

could have also or would have instead better have been

Personally I ask myself that question often for more than just those predicates, e.g.

For such cases where it was a revelation to think of it differently I will often add a comment in my code or note it when writing about it. In some cases I will even add a wrapper predicate with the new name so that the reading of other predicates using it is more natural. Yes I know that will slow down the code but if code can not be understood then it is likely to be tossed by those maintaining it.

So yes, don’t beholden to the name as given.

thankyou for this information, i understand bagof it better with it,

so then because this is used in the first argument:
item(Name,Location)

so Items will be in this format ?:

Personally I would not call them predicates, I would refer to them as facts.

While Prolog does have an official standard and the standard does include terminology, as the standard is copyright it can not be handed out freely for those of us that have a copy. However in answering certain questions such as you ask, this StackOverflow answer includes the related terminology.

The definition I go with for Prolog fact most of the time is that it is a clause with only a head and the parameters are all ground.

Items will be in this format ?

That is what I would expect.

My current favorite technique for understanding code methods/functions/predicates is to download Git repositories that contain code I trust to be done correctly. All of the repositories are kept in a separate directory with a name like SWI-Prolog (Reference code for searching) and then using a command line tool such as grep or an IDE with a good search engine and visual summary such as NotePad++ I search for the method/function/predicate name and then look at the results.

Here is a list of Git Repositories containing Prolog code that you can trust will be done correctly.

yes correct i should have said : facts instead of using the word predicates

the Arrow operator in prolog i dont understand

Neither do I really since -> is identical to , !, making it pure language clutter.

I’m guessing the history of -> is since programming languages invariably have something along the lines of IF some_test(A, B) THEN do_this(A, B) ELSE do_that(A,B), so it became a prolog convention to imitate this with

In my opinion, a clearer way to write that is

Reasons I don’t like the -> syntactic sugar for , !, is it’s confusingly similar to DCG’s --> operator and classical logic’s implies operator → (which confuses nearly everyone, I’ve put some notes on my interpretation here).

Synonyms are a pet hate of mine because whenever you have more than one way to say exactly the same thing, some pedant will come along and invent rules on why one way is better than another, as I’ve done above.

could it also be said that as soon as you make Use of this arrow operator, you switch from declarative to procedural programming?

I don’t think so. Some Prolog purists consider cut harmful because it limits your query to only one result, which can be dangerous when doing database-type stuff. Prolog-inspired SQL-alternative Datalog specifically excludes the ! operator to avoid losing rows which might otherwise match.

A newby mistake I made, and I suspect is quite common, was writing extremely convoluted if ... then ... else if ... code which got completely unreadable when I started nesting if .. then ... within outer then/else blocks. I’ve found writing a separate stanza for each or branch made my code way easier to maintain and debug.

A rule of thumb I have is whenever I find myself using the ; operator, I ask myself I this should be split into a separate stanza of a rule. A big selling point of Prolog is you can do that easily, whereas in other programing languages you end up with lots of cases in a switch block or worse yet nested if.. then ... else... spaghetti.

thankyou for your information,

prolog code is extremely well suited to modify or enhance after the main code was already written.

-> is identical to , !, making it pure language clutter.

Let me illustrate with a working example:

To show the difference: